It's Been a Long Road

Share |
I started writing back in 1999 or 2000. Filling notebooks up with words on the night shift. I'd read a book called Invisible Monsters. Thought, I can do this. Then I read Fight Club. Survivor. I was a huge Chuck Palahniuk fan. He turned me onto Irvine Welsh. AM Homes. Dennis Johnson. Bret Easton Ellis. Junot Diaz. Jason Starr. Jim Thompson. But the wake up call was Larry Brown. I never thought I could write like Larry. I kept filling notebooks and typing up a novel that never amounted to shit. Then I read Craig Clevenger. Will Christopher Baer. Eddie Little. Andrew Vachss. And I read and re-read Lullaby, Fight Club and Twisted City. Really studied the openings, the middles and the endings. The word choices and the settings. I wrote my first novel, Acting Out. It was based on research I did about self-mutilation and a lot of stories I'd heard from other people. It was dark. Disturbing. Disgusting, but funny. I sent it out to about 50 or 100 agents. This was 2003. No one wanted it.

Writing that novel gave me something. A belief in myself and my ability as a writer. I went back to Larry Brown. Discovered Poachers by Tom Franklin and Pinckney Benedict's Town Smokes, Wrecking Yard and Dogs of God. I read John Ridley and Hubert Selby Jr., Dorothy Allison and Jerry Stahl. I read and re-read Joe, Big Bad Love, Facing the Music, Father and Son, Fay and Dirty Work. I write a lot of short stories.
They fall between crime and literary fiction. I write A Coon Hunter's Noir. My grandfather's voice was ringing in my head. I sent it to the Missouri Review, Georgia Review, North American Review and the entire list of literary review magazines. No one wanted it. I sent it to Hardboiled, a print crime journal in New York. I got a letter from the editor. He really liked it but some thing was off. He couldn't place his finger on it. I stuck with mellow drama. Cut back on the crime. But somehow I couldn't shake the act of crime from my work. I wrote a story called The Old Mechanic. The Missouri Review liked it but wouldn't publish it. The North West Review likes a story I wrote called The Penance of Scoot McCutchen but won't publish it. A story I wrote after losing my grandfather to brain cancer. The Talking River Review sends me a two page letter about The Old Mechanic. They liked it a lot. But won't publish it. I send them The Penance of Scoot.
I write another novel called The Cruel and the Unkind. The setting is 9-11 in a small town. Send it around to a few agents. Get a few good responses that tell me my work holds merit but no one wants it. I send an excerpt to the Missouri Review. Get a nice letter that tells me they like the excerpt. But its too long and they won't publish it.
I get an acceptance from The Talking River Review for my story The Penance of Scoot McCutchen.
I find a hardback copy of Dirty Work by Larry Brown in a used bookstore in Louisville, Kentucky. The owner of the bookstore tells me, "You like Brown you'll like Offutt. He's been in here a few times on his book tours."
I buy everything Offutt wrote. I devour all of it. But especially The Good Brother. I read all of Larry Brown's non-fiction and am reminded of where I grew up, where I came from.
I'm pissed off. Night shift is getting to me. I'm writing stories that no one wants. Except for one story, The Penance of Scoot. What did I do on that story? Editing. I wrote and re-wrote it. I dig out A Coon Hunter's Noir. See the error of my ways. I edit the shit out of it. Proof it over and over. Send it back to Harboiled. Six weeks later I get a letter from the editor, he still likes it. And he pays me twenty bucks. It'll be in one of the future issues.
A girl is abducted up in northern Indiana. I follow the story and get pissed off. She's found face down in a creek bed. She'd been molested. She's dead. The story haunts me. I dig through alot of anger. Contemplate loss and what I know. Contact my cop buddy, ask him a lot of police procedure questions. I write Trespassing Between Heaven and Hell. I get a lot of rejections. A letter from the editor of EQ Mystery Magazine. I don't care. I'm writing what I like. Nearly four months pass. I write Old Testament Wisdom. Send it to my first online e-zine, Thuglit. I get a letter from Lunch Hour Stories telling me Trespassing Between Heaven and Hell placed third in their writing contest. I'll get paid fifty bucks. Five contributor copies. I've found my nitch. I start work on A Rabbit in the Lettuce Patch, which is an excerpt from The Cruel and the Unkind. Then one weekend I check my email at twelve a.m. on night shift. I have a letter from Allison "Lady-D" Robinson. She read my story Old Testament Wisdom. She's read it for the third time. She believes its as powerful a story as any she's read. The cadence in the narrative, is lyrical and at times point-perfect. She's surprised I'm a struggling writer. But it needs a good edit. And that's what we do. And it gets published in Thuglit.

I get a rejection from Plots With Guns. A.N. Smith tells me he likes Rabbit in the Lettuce Patch, but it's not a fit for his zine. I get pissed off. I write Rough Company. Send it to him. He believes the story is a hoot. Gives me some pointers on editing. Accepts the story. And pretty much everything I send him after that. We become great friends. I read Knock'em Stiff by Donald Ray Pollock. In the Devil's Territory by Kyle Minor.

I pull another story from the Cruel and the Unkind manuscript. Call it Tweakers. Send it to Beat to a Pulp. I get a letter from David Cranmer. Then a phone call from Elaine Ash. They want Tweakers. I send them a story called The Need. They accept The Need. Do a double publication. The first ever.
Lunch Hour Stories goes out of business. I get paid but Trespassing doesn't get published.
I make more friends online. Keith Rawson, Jed Ayres, Greg Bardsley, Kyle Minor, Scott Phillips, Kieran Shea, David Cranmer and Elaine Ash become my biggest supporters and best friends. I write more shorts till I've enough for a book. Put it all together. Call it Crimes in Southern Indiana. Neil Smith gives me a few agents names. I send it out. Kyle Minor gives me an agents name. I send Crimes to that agent. That agent reads the manuscript and gets back to me within twenty four hours. But wants a novel as well as the stories. Tells me to email when the novel is finished. It never gets that far.

I get invited to the first Noir at the Bar in St. Louis. Read with Neil Smith. Meet Scott Phillips and Jed Ayres. I read with all of them. Scott asks if I have an agent. No. But I've sent my stories out to a few. He mentions an agent that Neil recommended. I tell him she has my manuscript. He says I'll put in a good word for you.
Few days later she contacts me. Loves the stories. Wants to know, do I have a novel? I'm twenty five thousand words in, but it's not finished. I agree to not query any other agents. She wants to see the novel but only when I'm comfortable with it. I edit the shit out of those pages. Send them her way. She's between agencies. She reads the pages. We have another phone call and I sign with her. I'm an agented writer. I finish the novel. Attend the B-Con in Indianapolis with my cop buddy Don Ross. I meet Neil. I meet my agent, Stacia Decker. I meet Victor 'Fucking' Gischler. I have drinks with him, Neil, Greg Bardsley, Kieran Shea. Neil and Stacia introduce me to a few other writers and publishers. I meet Derek Nikitas. Jason Starr. John Rector. Dan O'Shea. Joelle Charbonnean. Christa Faust. Sean Doolittle. Rod Wiethop.

My first novel, Acting Out gets a revision and is accepted to be published in Beat to a Pulp's first ever anthology, ROUND 1.

Stacia and I work on the edits to Donnybrook. She sends it out. I'm anticipating months and months. Two weeks later I get an email. Editors from Farrar, Straus & Giroux are fans of Donnybrook and Crimes in Southern Indiana. They wanna have a phone conversation. What do you think?

There were an awful lot of ups and downs in-between all of this. I gave up my studies in Chinese martial arts to write. I lost two grandparents. My dog died. My wife lost both of her grandparents within six months. My mother was diagnosed with an incurable cancer. She went through a second divorce. I went from 14 years on night shift to day work. The economy went to shit. And there were other things as well. But being able to write, I taught myself to never pull punches. Never quit believing in yourself when others do not.
OK, enough of the sappy talk.
In the coming months you'll be getting irritated by me and the emails. Everything I've done this far has come to fruition. Below are links to my first book. I have the cover art. It's top notch. It's not posted yet. But will be added soon. I also so have some really big news but I cannot announce it yet. Wish I could.
I also posted my hometown's bookstore, Arlstons. Contact them. Buy Crimes in Southern Indiana from them. Support the indie bookstores. Most of all thanks to all of my family and friends who've been there over the years. 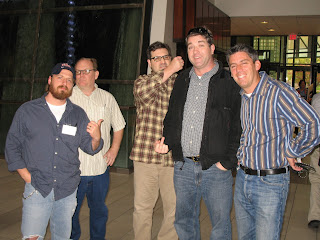 http://search.barnesandnoble.com/Crimes-in-Southern-Indiana/Frank-Bill/e/9780374532888/?itm=1&USRI=crimes+in+southern+indiana
Posted by Unknown at 8:22 AM

Death in the Forest 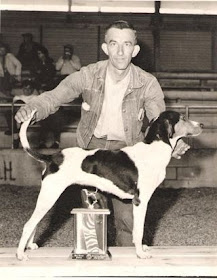 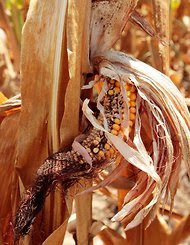 A piece I wrote for the Oxford American Magazine 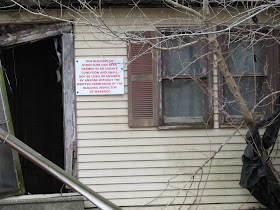 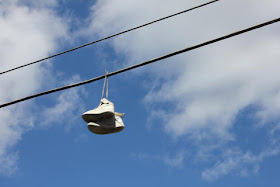 Piece I wrote for Granta Magazine

My US Publisher Farrar, Straus & Giroux

Frank Bill depicts a hidden segment of society in an intensely dark and disturbing way! 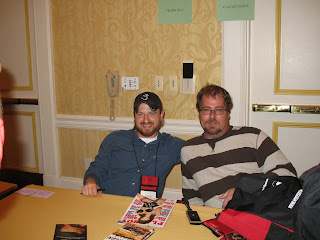 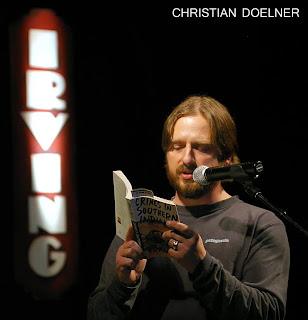 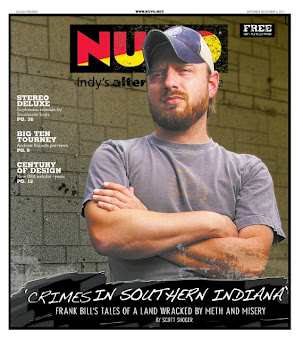 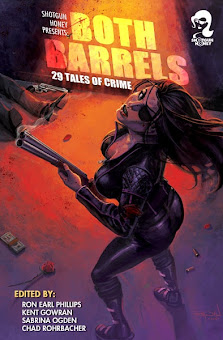 Noir at the Bar 2 Anthology

Help out an Indie Bookstore and buy a copy!

Beat to a Pulp 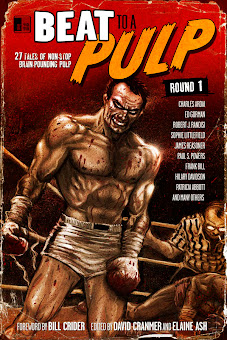 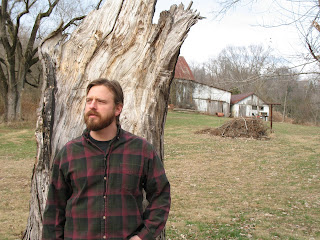 Podcast with Frank Bill on Crimes in Southern Indiana 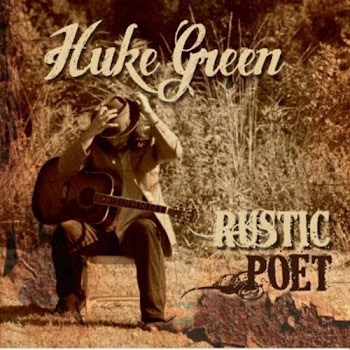